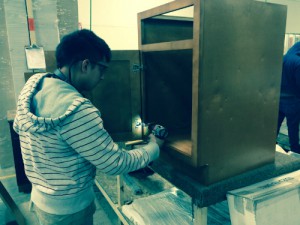 If the U.S. jobs data released on the first Friday of every month is starting to sound like a broken record, it’s because records continue to be broken.

The American economy added 267,000 private-sector jobs in January. That’s 59 straight months of consecutive job growth, the longest streak on record by a mile. Our last three months of job growth has been the most in 17 years. Small businesses have been at the forefront of our ongoing expansion, accounting for 81 percent of the net new jobs in January, according to ADP data, which is higher than the historical two-thirds job creation rate of small firms.

Small businesses are also creating opportunities for two important segments of the labor market that have historically struggled: younger workers and immigrants.

At its peak, youth unemployment reached 27 percent during the recession – the highest in the 66 years that the federal government has kept track. Today, that number is down to 19 percent, a significant decline but still three times the national rate.

In other words, immigrants are actually creating jobs in neighborhoods where they’re needed the most. In so doing, they’re contributing to America’s entrepreneurial character.

The jobs report showed that the construction industry added 39,000 jobs last month. Immigrants have also helped drive these gains. Parag Mehta and Hitesh Kothari have been best friends since fourth grade, growing up together in Gujarat, India. They immigrated to the United States in 1983, became business partners, and bought the oldest hardware store in Connecticut with the assistance of a half-million dollar SBA loan. Their company began with three workers in the kitchen department. Today, their company, Express Kitchen employs 140 people and generates $17.5 million in annual revenue while competing against big box retailers like Home Depot and Lowe’s.

Headquartered in inner-city Hartford, Express Kitchen has seven locations and is in the process of opening an eighth. In recent years, the company has hired more than 40 low-skilled workers and inner-city youth through a partnership with the local workforce development board to up-skill under-employed workers to assemble and install kitchen cabinets.

Today, Express Kitchens is working closely with an SBA counseling partner, their local SCORE chapter, on an aggressive long-term expansion plan in which they are standardizing processes with the goal of opening five more stores and doubling their workforce.

It is small businesses like Express Kitchens committed to local economic development and urban revitalization – that are the true unsung heroes of America’s economic recovery. They’re the driving force behind our job market’s string of broken records, and the SBA is committed to helping more entrepreneurs sing the same tune.